Soledayo Adegbite who is also known as Dayoslides, is a Nigerian Actor, content creator and a fast-rising music act who is well known for his role “Osas” on popular tv series Industreet.

Soledayo Adegbite was born on the 31st of January in Lagos state, Nigeria. He had his primary and secondary school education in Lagos and Ondo state respectively, before proceeding to Obafemi Awolowo University where he obtained his Bachelor of Arts in Dramatic Arts, Specializing in Acting.

osas and easy on industreet series

Soledayo/Dayo Slides started making music professionally as far back as 2012, then as an undergraduate he was a leading force in OAU musically, had numerous nominations from regional universities to national universities and in 2013 he won his first award “Undisputed Award”.

In his final year in school, he made his movie debut in award-winning Yoruba movie “Ayomi”, his performance was applauded and praised by critics and audience.
After leaving school in 2015, he worked with Helen Paul as an actor/director in her troupe and also was an acting coach for students at Helen Paul Academy. Being a passionate fan of the arts, he never turned his back on music as he kept putting out music from time to time. His most recent music effort “Is it your money” featuring Dammykrane is still enjoying airplay and is a favorite for good music lovers.

He also worked in a few more movie production/series. And in 2016, he went for scene one audition where he was picked for the role of “Osas” in Industreet, and also “Akin” in Jenifa’s diary.
Soledayo is a disciplined thespian who believes in hard work and excellence, he improves on his craft with every feature he gets.
Soledayo Adegbite/Dayoslides is an entertainer to watch out for, as he is steadily building his fan base with consistent awesome delivery both in acting and music. 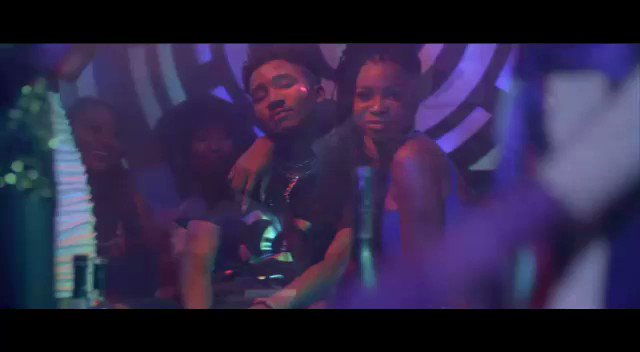 28 people are talking about this

the authorFadehan Emmanuel Moore
Popularly known as Moore is an Internet Enthusiast and Social Media Personnel. He publishes on Black Excellence and is 54History brand strategist/consultant and a digital marketer who loves the tech space. He has been around the Media space with over 5 years of experience, building, learning, and writing. His interests cover IT, Entertainment, Movies, Automobile, Music, Travel, Human Development. Connect with Moore on his socials
All posts byFadehan Emmanuel Moore
Leave a reply