Dashiki: the history of a radical clothing

Dive yourself in the unique history and revolutionary politics of symbolic clothing of West Africa.

DIASPORA – Dashiki is clothing as politics.

In this current state, it may not look exactly like this: a revived urban trend, largely associated with the complex and highly recognizable ‘Angelina print,’ but its history is one of African’s innovations and black resistance.

The word “dashiki” comes from the Yoruba word danshiki, which was used for a loose-fitting pullover from West Africa as a functional work tunic for men, comfortable enough to be worn in the heat. Yoruba borrowed the Hausa word danshiki from the Hausa term dan ciki, which means “underneath.” Dan Chiki’s clothes were commonly worn by men in large capes. Similar clothing has been found in the sacred Dogon burial caves in southern Mali, dating from the 12th and 13th centuries.

The roots of clothing are not lost to anyone; it is undoubtedly an African object. However, its symbolic meaning is shaped thousands of miles beyond the borders of the continent. This torch was carried by the descendants of Africans whose ancestors were drawn to North America in chains. The civil rights and black panther movements of the 1960s and early 1970s gave the Dashiki their political power. African Americans have adopted the article as a way to reject Western cultural norms; This is when the Dashiki burst out of style and functionality to become an emblem of black pride, illustrating the beauty of black as an afro or raised fist.

Its meaning developed along the same lines as the rhetoric of “Africa as a promised land,” which encouraged movements such as Pan-Africanism and Rastafarianism. Ironically perhaps, these Afrocentric philosophies, born outside of continental Africa, have helped shape some of the fiercest notions of African identity and black politics. 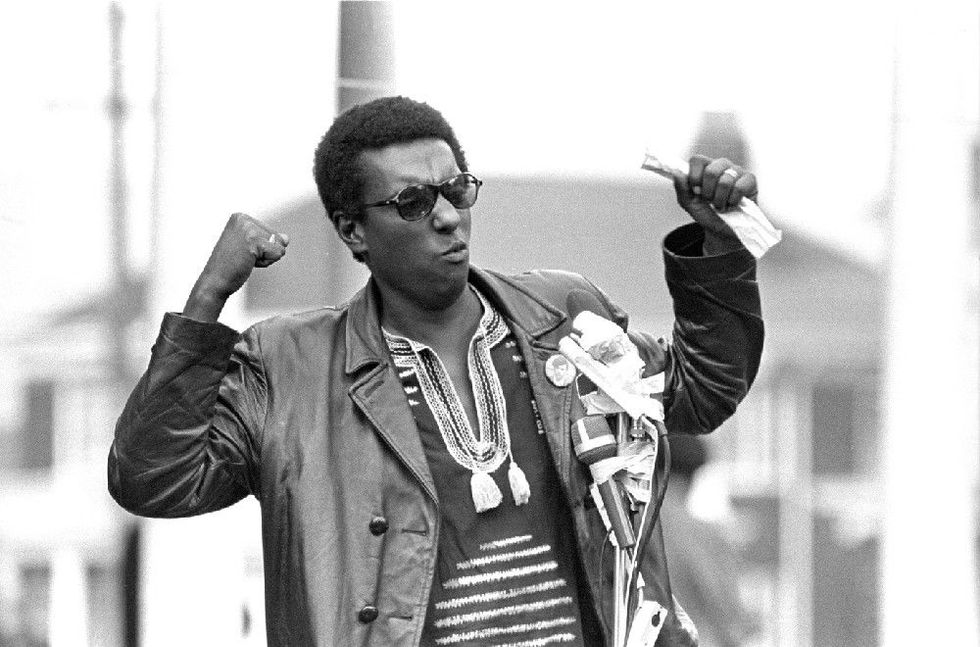 Many of these external concepts of African identity adopted by African Americans have been reinforced by people on the real continent. The principles taught by civil rights leaders were widely accepted by leaders of African liberation movements, and the revolutionary policies of Malcolm X and the Black Panther helped transform Fela Kuti’s captive life into socially-charged afrobeat that he’s lauded for today.


This transfer of ideas is much less strange than it seems; perhaps such philosophies could only be nurtured in the context of the experience of African Americans and the Caribbean. The “Promised Land” could be more clearly visualized by those savagely withdrawn from their promise, and the Dashiki could become a little larger than itself if it were used by Blacks, who were for hundreds of years, refused the possibility to embrace everything that represented their African heritage.

Like the African-Americans who defended it in the middle of the 20th century, Dashiki is no less African because most of its identity was formed in another country. Dashiki, whether worn in Lagos or Washington D.C., is loudly and proudly black.

Another year has gone by. We were able to produce lots of beautiful products and we hope to keep growing in 2017. A special thank you, goes out to my sister @ebeliene for letting her beautiful kids model for me. Dank je wel! I wish you all a happy and succesful new year. I am excited to see what 2017 has in mind for us 🍾🌟💙 #happy2017 #dashiki #dashikikids

Dashiki’s political power weakened in the late 1960s when it became popular among white countercultures, whose acceptance of clothing, based mainly on its aesthetic appeal, undermined its status as a sign of Black identity. Retailers have started importing dashikis produced in India, Bangladesh, and Thailand in large quantities. These versions often contain a printed kangaroo associated with East Africa, which women often use as packaging in Kenya and Tanzania.

During this period, prominent black intellectuals began to warn their communities against the trivialization of Dashiki and other symbols of black beauty. “Putting a dashiki and growing a bush is good if it encourages the user to “Donning a dashiki and growing a bush is fine if it energizes the wearer for real action; but ‘Black is beautiful’ is dangerous if it amounts only to wrapping oneself up in one’s own glory and magnificence,” wrote Civil Rights activist and politician, Sterling Tucker in his 1971 book Black Strategies for Change in America.

The Dashiki lost some of its enthusiasm at the end of the 20th century when its use in the United States was largely limited to ceremonies or festivities or as a stereotype of pop culture.

Nevertheless, the Dashiki retains its fundamental cultural importance, even after its recent appearance on the fashion scene, which some might mainly consider, the Dashiki still carries the dominant message. It cannot be used without recognizing the impression it leaves on others: that the user has consciously chosen to wear something that is recognized as distinct and exclusively African.

Dashiki has become a ready-to-use black transporter, uniting the continent and the diaspora through a common affirmation of the value of the original black creation. Its innate symbolism comes from the fight against white supremacy and the acceptance of African culture as an antithesis: yes, it is a lot of weight to put on a garment, but the symbols are so powerful. So much so that when a black man puts on a dashiki, he carries one of the most common interpretations of the expression, “I am black, and I am proud,” without having to say a word.

There’s the perisians, there’s colours and horses and there’s the Durbar festival, Nigeria

The masquerade festival that takes place in the biggest city of Nigeria, lagos